Insights and Implications of ADHD 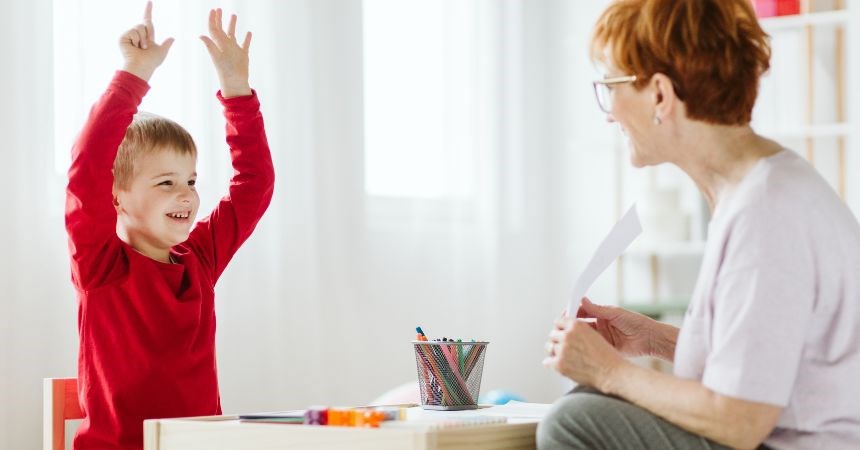 Our understanding of Attention Deficit Hyperactivity Disorder (ADHD) has grown significantly in the last decade or so. But, because the knowledge of the public has not caught up to the research, myths about ADHD reach far and wide. Clearing up some of those myths will help you understand what is like for kids and adults who live with ADHD. Sixty to 70% of the assessments I do with children in my outpatient practice involve ADHD in some way. ADHD is rarely the only diagnosis, but it's very often a part of the picture of the child's psychological profile. So, what do we know about ADHD?

Myth #1: Kids with ADHD are lazy. If they tried harder or were more disciplined, they could control their symptoms.

If you don't suffer from ADHD yourself, it's impossible to understand what it's like. ADHD brains are wired differently and those differences in the brain change how they react to things. I was reviewing a Reddit feed on ADHD and hundreds of people posted variations of the same message. "I have good intentions and so many things I want to do, but I just can't do them. My thoughts just bounce around and instead of doing the things that are important to me, I do the most random, difficult, and unnecessary tasks. ADHD is ruining my life."

People with ADHD often can't predict what they are going to say or do. They don't know where their sentences are going to end when they start them. Dakota Boys and Girls Ranch psychiatrist, Dr. Wayne Martinsen, describes this perfectly as a "rambling tangent."

ADHD is a series of structural and chemical differences in the brain that generally exist at birth. It's not a problem of attention, but of executive functioning—planning, organizing, controlling impulses, and being flexible in your thoughts and actions. It is much more difficult for people with ADHD to access the frontal lobe than it is for people without ADHD. These differences lead to inattention, hyperactivity, impulsivity, social difficulties, dysregulation, time blindness, and difficulty with motivation.

ADHD brains are not very good at controlling their reactions to things—reactions tend to be too big or too small. They also have trouble guiding their attention. When you put trauma on top of a brain that already can't decide what it's doing, you get bigger trauma reactions that last longer and create more emotional dysregulation.

Your brain does not reform into a neurotypical brain when you become an adult. People do not grow out of ADHD, but we are learning that the symptoms are different in adults than they are in children. Early intervention and treatment help children learn to adapt and compensate for their ADHD symptoms, which makes life much less complicated when they become adults.

Myth #3: The only symptoms of ADHD are inattention and hyperactivity.

While the diagnostic criteria focus on those, we are learning that the symptoms are much more widespread. In some people, ADHD shows up as complete inertia, the exact opposite of what we typically think of as an ADHD symptom. Patients will describe sitting on the couch thinking to themselves, "Get up. Go pick up that laundry. What are you doing? Get up!" The thoughts go on and on and they berate themselves for their inability to do such a simple thing, but their body doesn't move.

Time blindness is another common symptom of ADHD that we don't often hear about. In the ADHD mind, there are two times: now and not now. If you say to a child with ADHD, "I need you to clean your room later," what they hear is, "You don't have to do this right now." And then it's gone from their mind forever. This is why adults with ADHD are often late. They think, "I'm not meant to be there right now, so I don't have to worry about it." Then all of a sudden it is right now, and they are thinking, "Oh no. I'm supposed to be there right now, and I haven't even put on my shoes."

Myth #4: My child can't have ADHD because he can be hyper-focused on certain things.

If a child or adult with ADHD is really interested in something, they can hyper-focus for hours. The downside is that they can't unfocus if they need to move on to something else. Their brain is constantly pulling them back, saying, "Hey! You need to go back and do that thing. What are you doing? Go back to that thing. We need to be doing that." That's why they get irritable and angry when they are interrupted.

The Ramifications of Untreated ADHD

Untreated ADHD has been shown to reduce the average life expectancy by 12-20 years due to the impulsivity and choices people with ADHD make. About 1/3 of children with ADHD will drop out of high school, compared to 10% of non-ADHD children. About 50% are held back in at least one grade, about 50% are suspended from school at least once, and around 15% are expelled at some point. Adults with untreated ADHD are more likely to lose or quit their jobs, more likely to be unemployed or underemployed, and be highly susceptible to addiction and other compulsive behaviors.

People with ADHD have been told over and over again if they just try harder, they could do great things. "If you just put in a little more effort, you could be great." And they try as hard as they can. They try to focus more. They try to stop talking. They try to stop daydreaming. But they can't, because we are very limited in how much we can control our brains without help.

What is the Good News?

The good news is that while ADHD isn't something you can cure, with the appropriate treatment and skill-building, it can be managed. The first line of treatment for ADHD is medication, and it's effective in 70-8-% of cases. Parents are often afraid of medication, so our prescribers focus on finding the right medication and dosage that will reduce the child's difficulties without creating unmanageable side effects or hindering their creativity.

Cognitive behavioral therapy is another treatment that helps children with ADHD strengthen their attention muscles, accommodate and compensate for the symptoms, and focus on their processing and emotional regulation. ADHD is not curable in that it's going to go away with therapy, but sufferers can learn ways to manage it and make accommodations so they can function in the world.

Another very important treatment for ADHD is to change the environment to support them. Our society is not set up for people with ADHD. We want people to sit in chairs, listen, and take in information passively. Kids with ADHD are often described as having Ferrari brains, and they are trying to stop that big, powerful engine with a bicycle brake. Changing the environment can "give them a better brake," and significantly reduce ADHD symptoms. We can do this in many ways.

ADHD is not all negative. Children with ADHD typically have a high degree of creativity. They have great imaginations and love things like drawing, painting, story making, and making music. They are kind. They are helpers. They want to fit in and do the right thing.

Help your children learn to channel their energy and creativity into activities and practices that build their self-esteem and confidence, so they can succeed at school, at home, and in their communities. 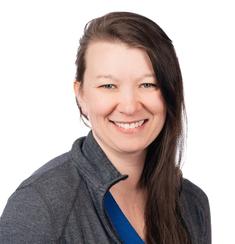 Hannah Baczynski, Ph.D., Clinical Psychologist, is excited to work with people of all ages—providing diagnostic and psychological evaluations for children as young as 2, as well as adolescents, and adults; and individual therapy for adolescents. Dr. Baczynski is a firm believer in using treatments well supported by research and that match the client's goals. When she finds and understands the "why" or the function of the behavior or difficulty a client is experiencing, she can work with them to find new, more productive, skills or behaviors. Dr. Baczynski work collaboratively with people to set goals so they get the most out of their time together. She received her Doctorate in Clinical Psychology from the University of North Dakota in Grand Forks, ND, and completed her internship at the Utah State Hospital.